Starting in June, Orlando Data Science will host an intensive 6-week training course in Hadoop, an open-source software framework for data storage and processing. The course, Hadoop User Group Sessions, or HUGS for short, will focus on collaborative learning of Apache Hadoop, which has become a standard in map-reduce techniques for large data sets. Participants will listen to lectures, work together on assignments, and engage with experienced Hadoop users who will serve as coaches.

According to Orlando Data Science organizer Scott Crespo, “Hadoop is used by numerous Fortune 500 companies, and it’s a central component of big data operations at IT powerhouses such as Facebook, Google, Yahoo!, and Amazon. With its widespread adoption as the fundamental big data framework, Hadoop is the entry point for those interested in joining the big data revolution.”

The sessions will teach Hadoop beginners about the software framework, how to administer a distributed IT infrastructure, and the ins and outs of analyzing petabytes of data. In order to be eligible to participate, attendees must be members of Orlando Data Science. That involves joining the Orlando Data Science Meetup group and creating a profile on OrlandoDS.com.

Participants should also be competent with Unix-based systems, have an understanding of common web stack technologies (ex. LAMPP), be familiar with the basics of common web services and API development, and have some experience with Java or another object-oriented programming language (ex. C#, C++).

The sessions cover the central tenets of Hadoop, which includes administering a cluster of servers, working with the database technology called the Hadoop File System (HDFS), and querying/analyzing data through a process known as Map/Reduce. Other topics include advanced cluster resource management with YARN, and an introduction to popular analytical tools such as Hive, Pig, and ElasticSearch.

According to Gartner, a leading IT research firm, big data is creating over 1 million new IT jobs each year. Orlando Data Science developed HUG Sessions in response to member demand. Ultimately, Orlando Data Science is driven to support its members in any way possible – even if it means giving real hugs too. 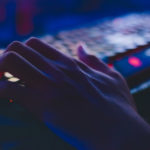 Next:
Blacksea Odyssey: From Team at Global Game Jam to Studio